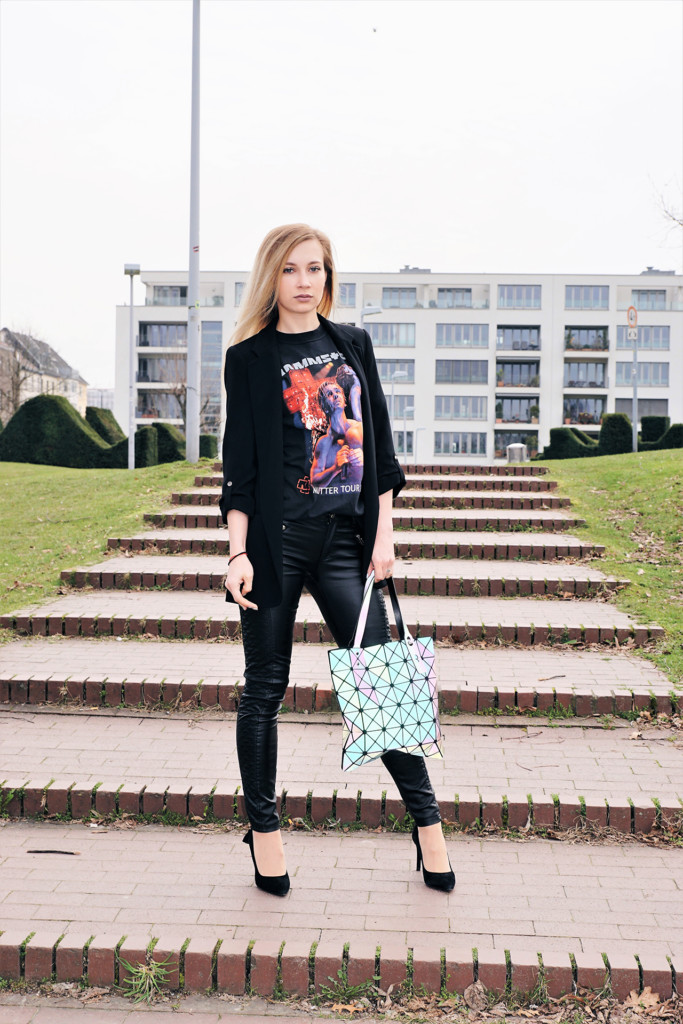 Who said that some rock style pieces cannot be styled in trendy and chic outfits? Some of you who read my blog, not for the first time, may probably have noticed how much I like wearing leather pants and biker jackets. Still, I also like wearing feminine cocktail and evening robes and feel like a princess. For some people these two styles are way too different, but not for me. I think that every girl should be different, interesting and thrilling. In today´s outfit, I want to style two rock´n´roll pieces and show you how easily they can be transformed into a beautiful casual chic look. By the way, band t-shirts are back again and can be bought in almost every store. But how to style them and look trendy instead of looking like a rock fan going to a concert? 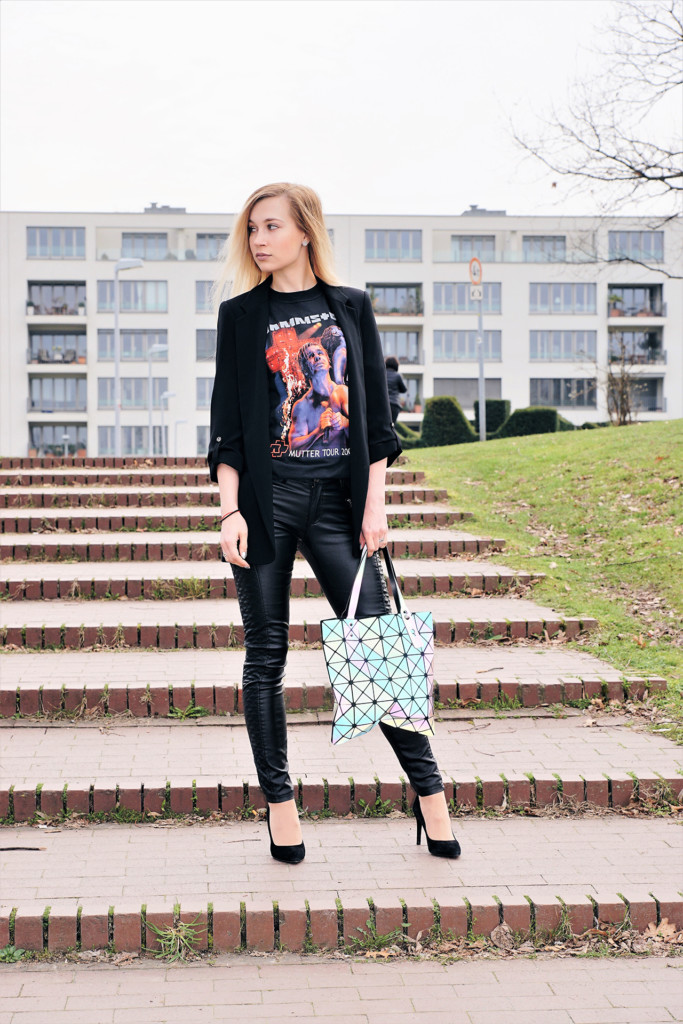 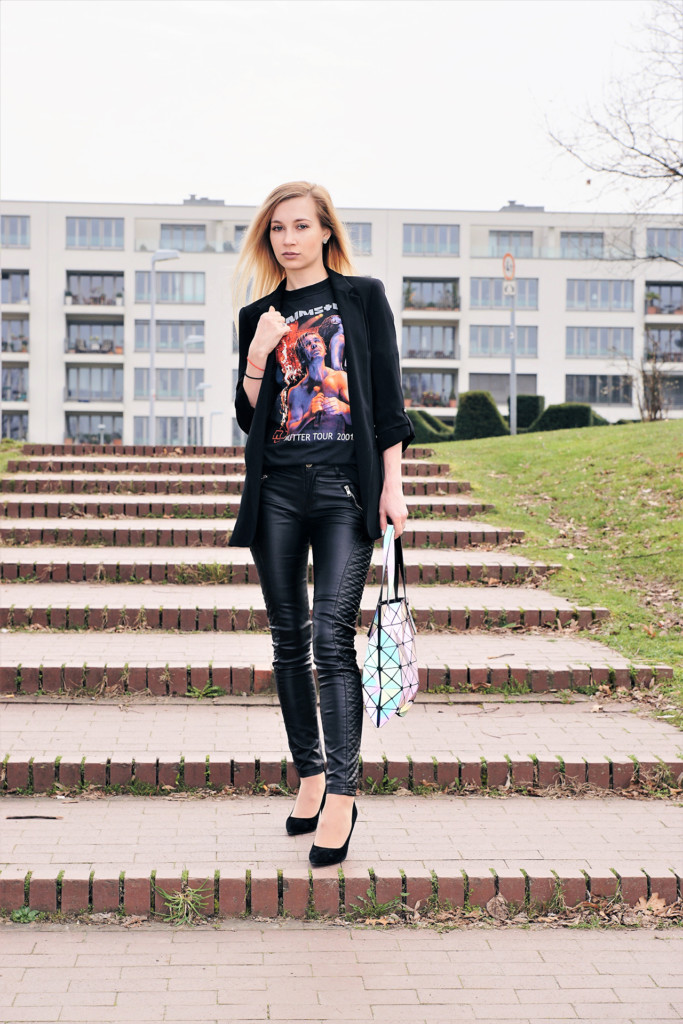 A rock band t-shirt in a casual chic look

I took my oldie but goldie, the Rammstein t-shirt as a basis for my today´s look. Why should it be Rammstein? It´s easy. I have to admit that I am a fan of this German band and have been listening to them for more than 15 years. I also started to learn the German language just in order to understand what they were singing about. What suits band t-shirts better than leather pants? Probably, nothing. That is why I decided for tight leather pants in black. As I didn´t want to let the look be too hard, I put on black suede pumps which make the whole outfit more elegant and feminine. Everyone knows that a black jacket with rolled up sleeves gives every outfit more style and character. In my case, there is a nice piece I recently found at Zara. It rounded up my outfit and made it strong, elegant and trendy. 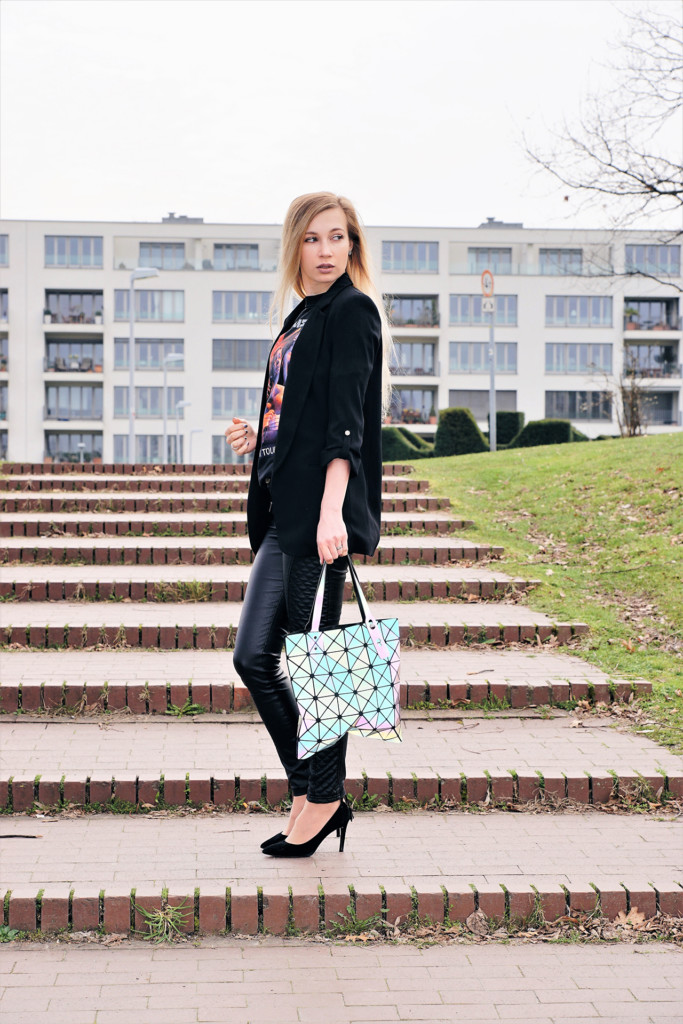 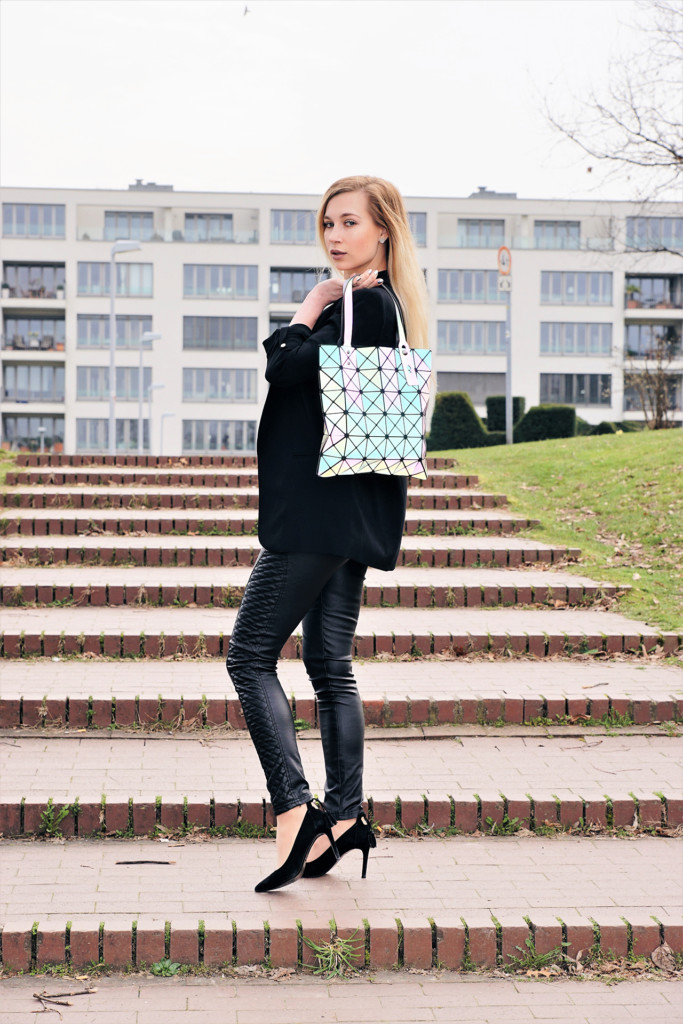 In order to pop my almost total black look with a color accent, I chose one of the most unusual bags in my collection, a prism handbag by bao bao Issey Miyake. It´s duo-chromatic look makes it an eye-catcher and its size is perfect for every situation.

As you see, it´s very simple to style trendy band t-shirts for a nice casual chic look. By the way, a wide waist belt combined with such a t-shirt looks very trendy as well. 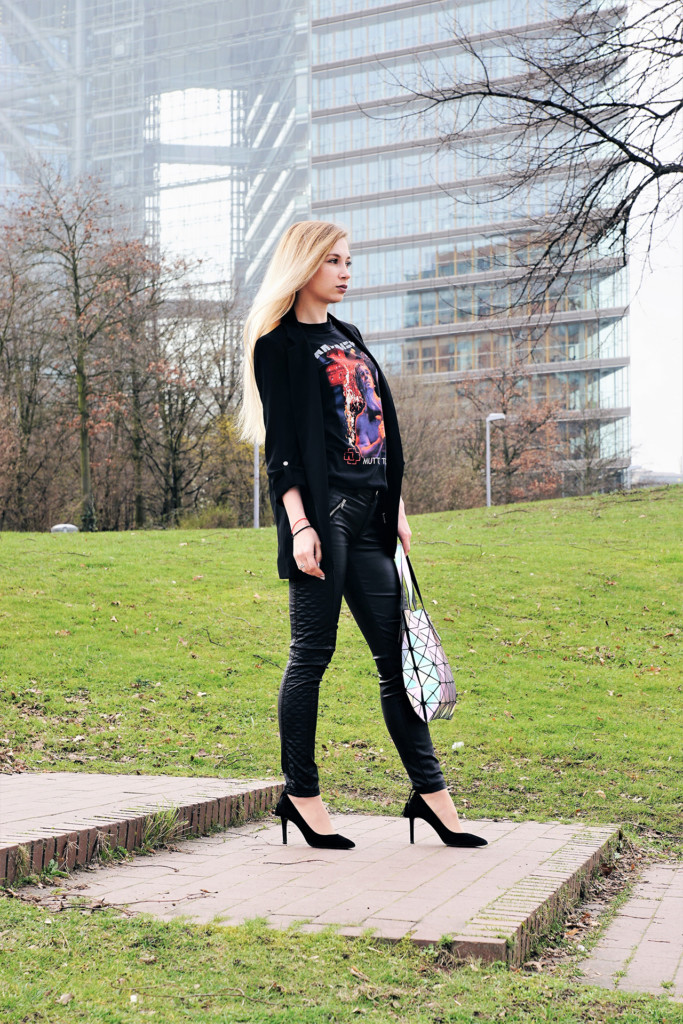 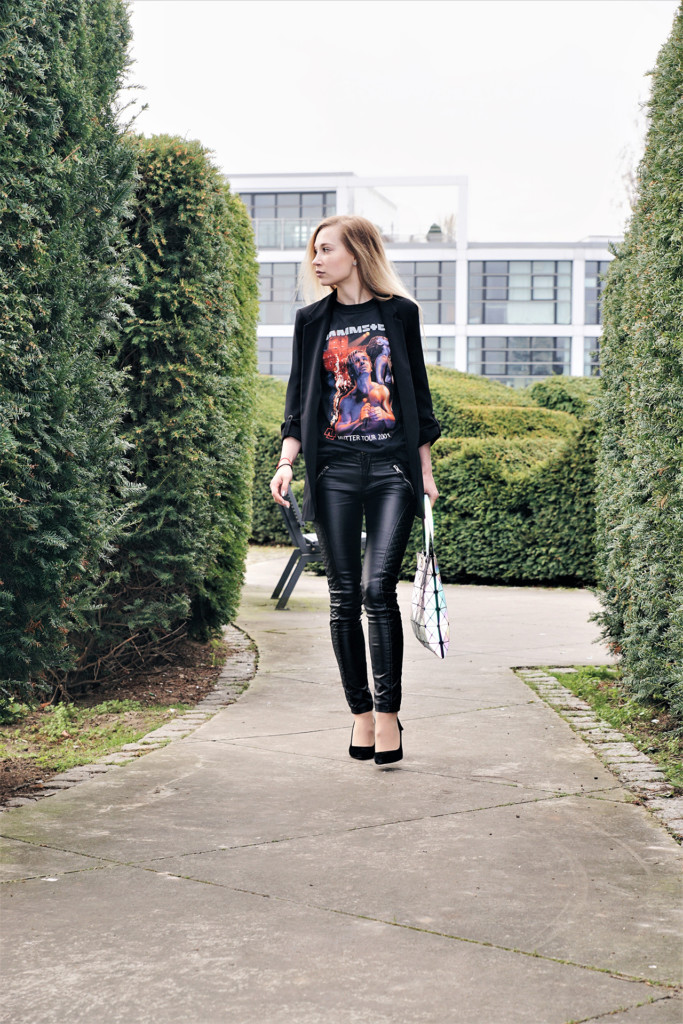 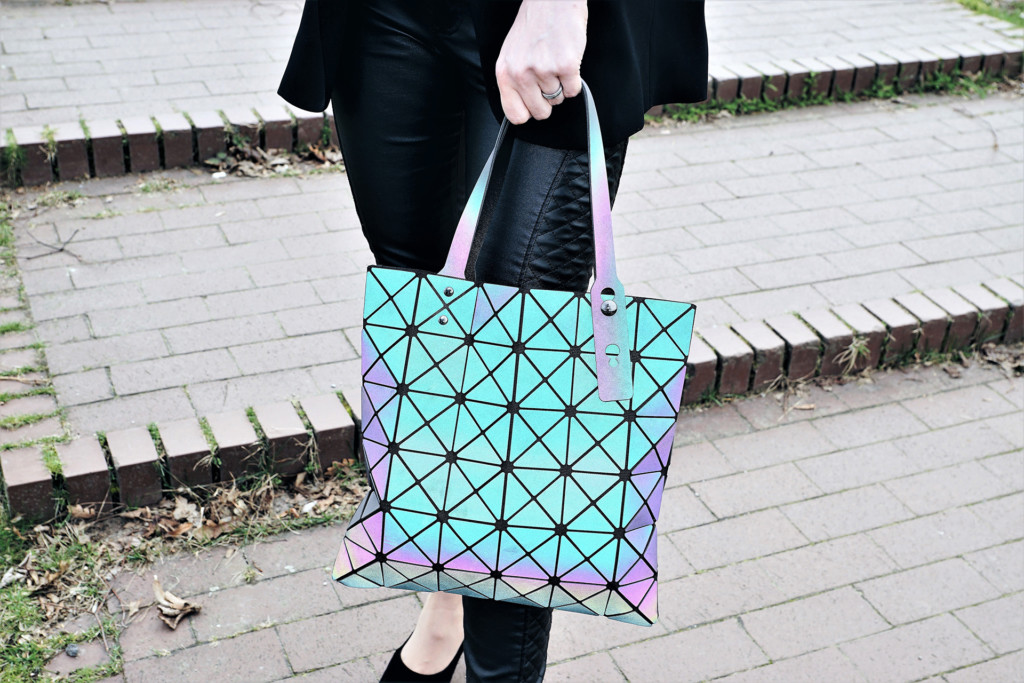 As for this outfit, I put it on for a Rammstein concert movie event. It was a great show. 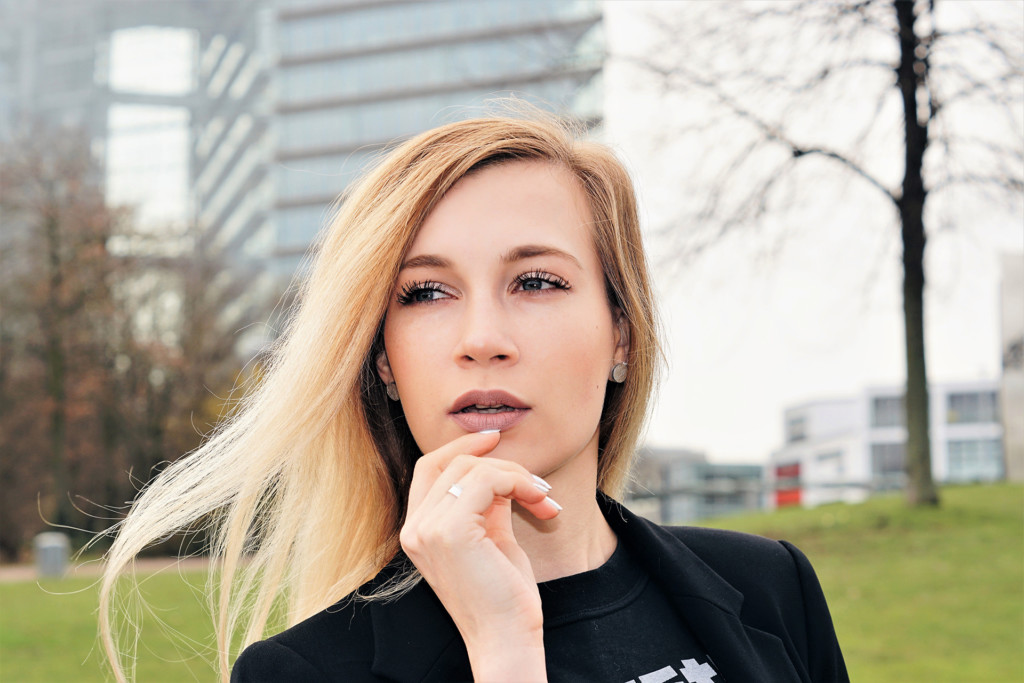 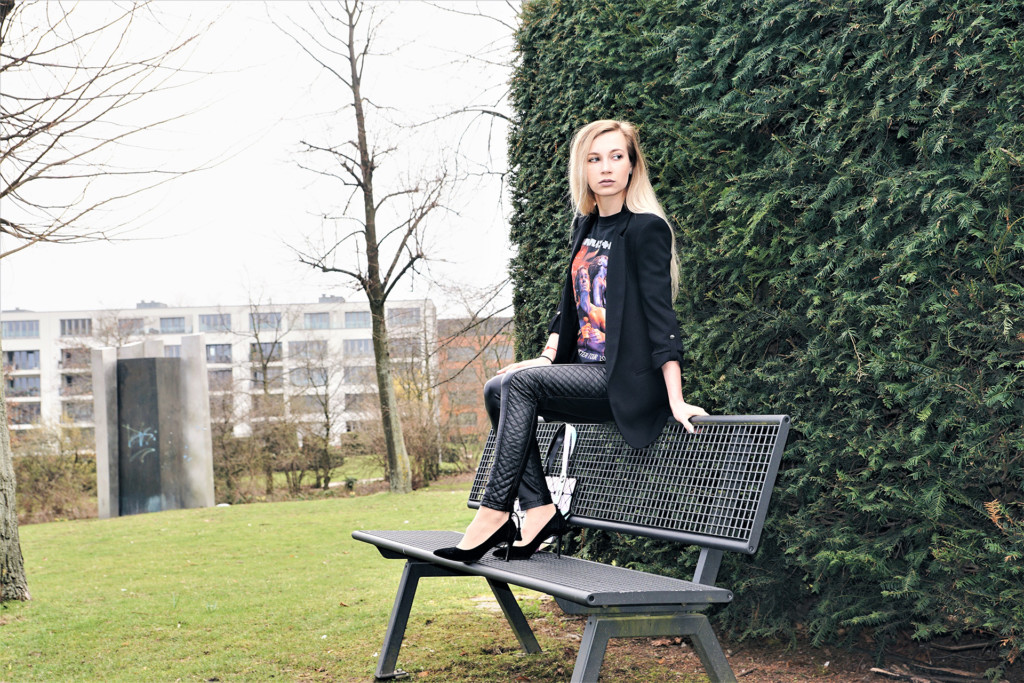 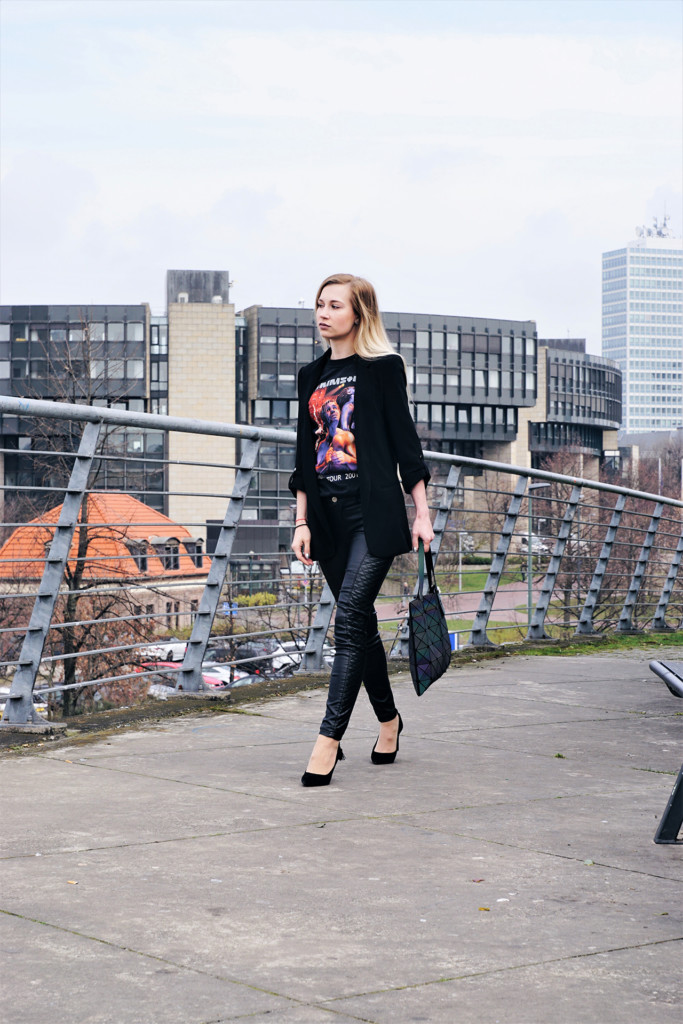 Do you wear rock band t-shirts? How do you style them?